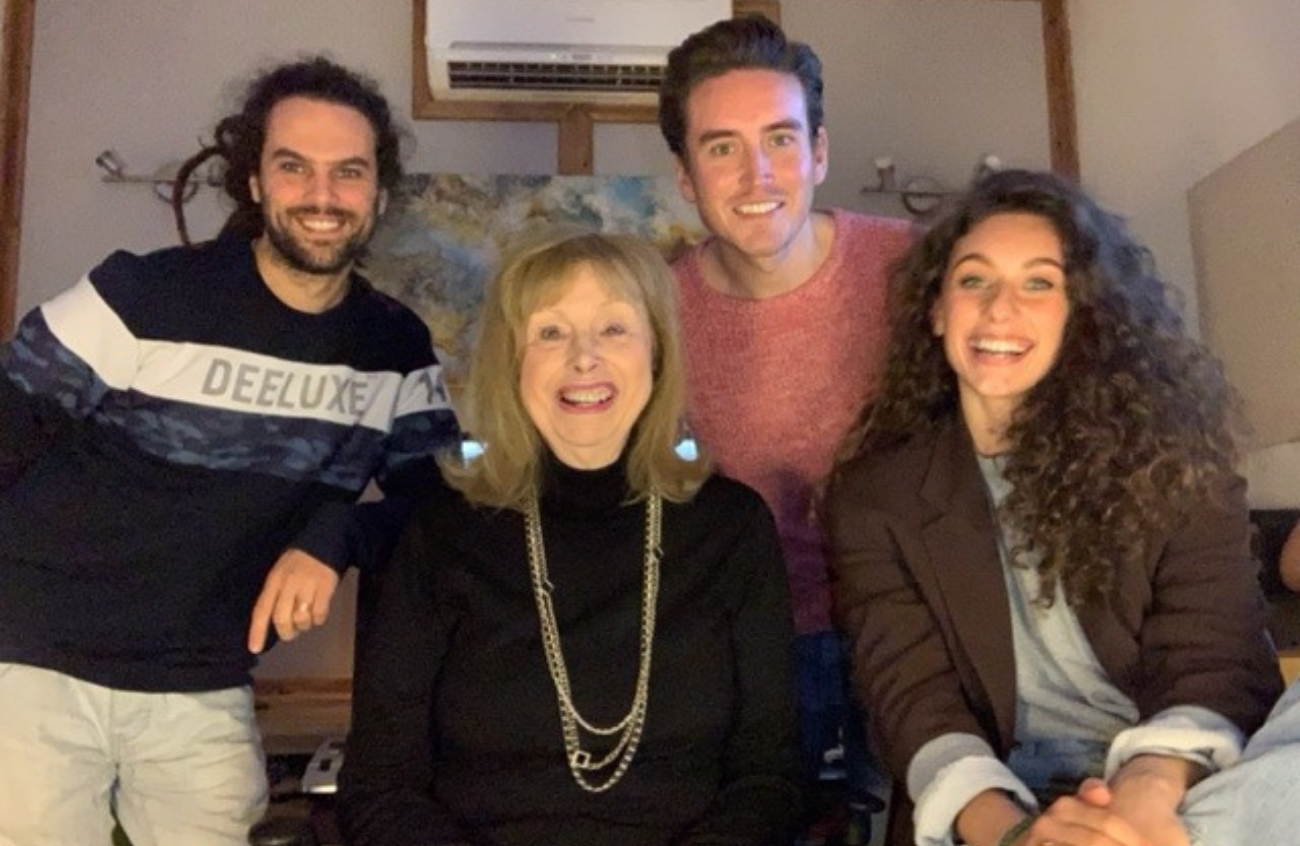 Frankie Carvalho enlists some of the biggest names in the music industry to help raise funds for Hull Hospitals.

Losing a dear friend of many years to Covid-19 must be devastating. But to see your sister-in-law taken ill and your brother hospitalised due to the same disease within a matter of weeks can be nothing short of heart-breaking.

That’s what happened to Frankie Carvalho from Beckenham, south east London, who saw three of her nearest and dearest badly affected by coronavirus last year, including her good friend Vivienne who sadly lost her fight for life.

It’s fair to say Frankie, who comes from a very musical family, has been on an emotional rollercoaster. But drawing strength from her friends during the most turbulent of years, she is now spearheading a fundraising initiative for the hospital which saved the life of her younger brother. 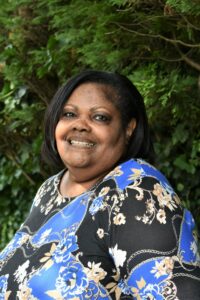 Frankie explains: “In April last year, I was devastated by the loss of my dear friend Vivienne to coronavirus. She was admitted to Lewisham Hospital in London, which is where she passed away. Losing her was such a shock, it was something none of us; her friends and family; expected. And of course, due to Covid restrictions, I and many others were unable to attend her funeral. I had to park nearby and watch the service whilst sitting in my car, tears rolling down my face, as it was streamed to our phones. It was just too cruel and saddening to bear; saying goodbye to a friend should never be like this.

“One month later, my sister-in-law Sam who lives in Willerby, near Hull, tested positive for Covid-19. It brought this whole pandemic even closer to home and fear struck me once again. Despite her best efforts to self-isolate at home, inevitably my brother Glen went on to catch the virus too.

“I always feared my brother getting this disease as he already had reduced lung capacity.  Glen spent almost six weeks on Ward 7, Castle Hill Hospital’s infectious diseases unit, where he was in receipt of high dependency care. He had suffered a pulmonary aneurysm as a result of Covid-19 and had blood clots in his lungs. Breathing was extremely difficult for him, his need for oxygen intensified, he lost 2 stone in weight, and just walking to the bathroom was almost impossible.

“It was touch and go many times, but eventually he started to improve and he has been back at home for several months now.  Although he is not completely recovered, he is so very much better than he was. Without the impeccable care Glen received at Castle Hill Hospital, I could well be telling a different story. This is the reality, the horror.”

Over the course of her ordeal, Frankie drew strength from the many messages of support from friends and loved ones, and as a self-confessed amateur writer, she turned to poetry to help her process and express what was happening.

“During this terrible time, I started writing a poem to let all my feelings out on paper. I sat and wrote and wrote and wrote.  I poured it all out. I wanted to show my story, Glen’s story, Vivienne’s story and the trauma and hope and support we went through and received. I had to get it out.”

The poem eventually developed into a song, and Frankie enlisted the help of some big names in the music industry such as James Hawkins, who co-produced the single ‘You’ll Never Walk Alone’ with the late Captain Sir Tom Moore and Michael Ball. Later Frankie worked with Boy George’s vocal coach, Christopher David Mitchell and his partner Oliver Delbos from The Recording Artist Programme to move her emerging project forward and create something really special.

Advertisements for a singer to be able to turn Frankie’s poem, ‘Dancing & Free’ into a single, attracted over 300 applications, and the multi-talented West End performer and star of  ‘We Will Rock You’, Amy di Bartolomeo, was chosen to record the song.

Frankie says: “I’m so pleased with Amy’s interpretation of my lyrics and her beautiful voice is just amazing.

“To be able to express my love for my brother Glen, Sam and Vivienne, and to share our story in this way is something I hope will be an inspiration to others.” 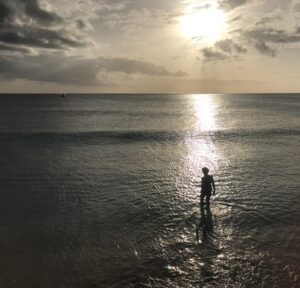 The haunting and powerful ‘Dancing & Free’ will be released on Apple Music/iTunes and Spotify on Friday 19 February 2021. Proceeds from the single will be donated Hull University Teaching Hospitals NHS Trust’s official charity, WISHH*, as a gesture of thanks for the care shown to Glen by Castle Hill staff during his time in hospital.

Lisa Whitton, WISHH charity manager says: “Covid-19 has had such an impact on so many families, friends and loved ones. By Frankie channelling her own experience into creating this beautiful and powerful single, the lyrics will resonate with many who have been touched by Covid.

“Funds raised from Dancing & Free will enable the WISHH Charity to continue to support staff and patients across Hull Hospitals both now and beyond the pandemic. Thank you so much Frankie for telling your story and for making this single a reality to support Hull Hospitals.”

Frankie adds: “If anyone had told me this time last year of all the downs and the resulting ups 2020 would bring me, I would never have believed them.  2020 was a bad year for so many and this is just my story, a story among hundreds of other stories.  I don’t know how I pulled myself out of the darkness because so many times I felt so hopeless and desperate.  There are so many lines in my song that speak volumes but the one line, ‘where would we be without our friends there?’ speaks volumes and is so true. I owe a debt of thanks to my friends who were there when I needed them so badly.

“It’s been quite a journey and one that I never thought I would travel. At the age of 74, I created a song and became a songwriter. From darkness into light, we survived, with a little help from friends.” 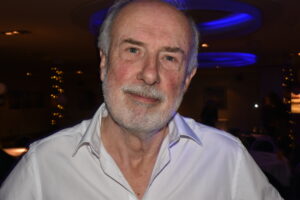 Frankie’s brother Glen Jack is 71 years old, lives in Willerby, near Hull, and is a management accountant for a university. Prior to contracting Covid-19, he and his wife Sam, 54, considered themselves fit. They took daily walks, Glen cycled to work and back daily, and he played golf.

Glen had been working from home but after Sam tested positive for coronavirus in May 2020, he too began to feel ill. He was tested for Covid-19 which also came back positive. Within a couple of days, Glen’s condition had worsened to the point where an ambulance was called to take him into hospital.

Glen had suffered a pulmonary aneurysm as a result of Covid-19 and had blood clots on his lungs. He spent around 6 weeks in total on Ward 7, the Infectious Diseases Unit at Castle Hill Hospital, Cottingham, during which time he spent several weeks in a high dependency room on hi-flow oxygen. A pre-existing lung condition made his illness particularly problematic, but Glen managed to recover to the stage where he could eventually leave hospital with support from the home oxygen team.

Glen has now been home for just over 6 months. He has begun daily walks again and says he has made good progress, but has still not fully recovered. Glen has begun a phased return to work, but both he and Sam still struggle with some of the commonly recognised after-effects of Covid-19 such as headaches, ‘brain fog’, and fatigue.

“The whole team at Ward 7 in Castle Hill were incredible and saved my life. I can’t pick out any one staff member as they all deserve my undying praise. They are all heroes and I would like one day to go back and personally thank them.

“Despite all we have been through, Sam and I consider ourselves lucky to not only have survived this dreadful virus when so many others did not, but also to be able to still work and enjoy life even within the current restrictions.”